Local residents and visitors are asked to remain aware that weather conditions may make some streets on the Hattiesburg campus and coastal sites impassable or hazardous to navigate.

Motorists at the Gulf Coast Research Laboratory in Ocean Springs should be aware of the potential for flooding on Halstead Road near the site’s entrance.

Motorists should use caution in these areas during times of heavy rain and should not enter flooded areas.

Motorists on the Hattiesburg campus should be aware of potential flood damage to parked vehicles in these areas: 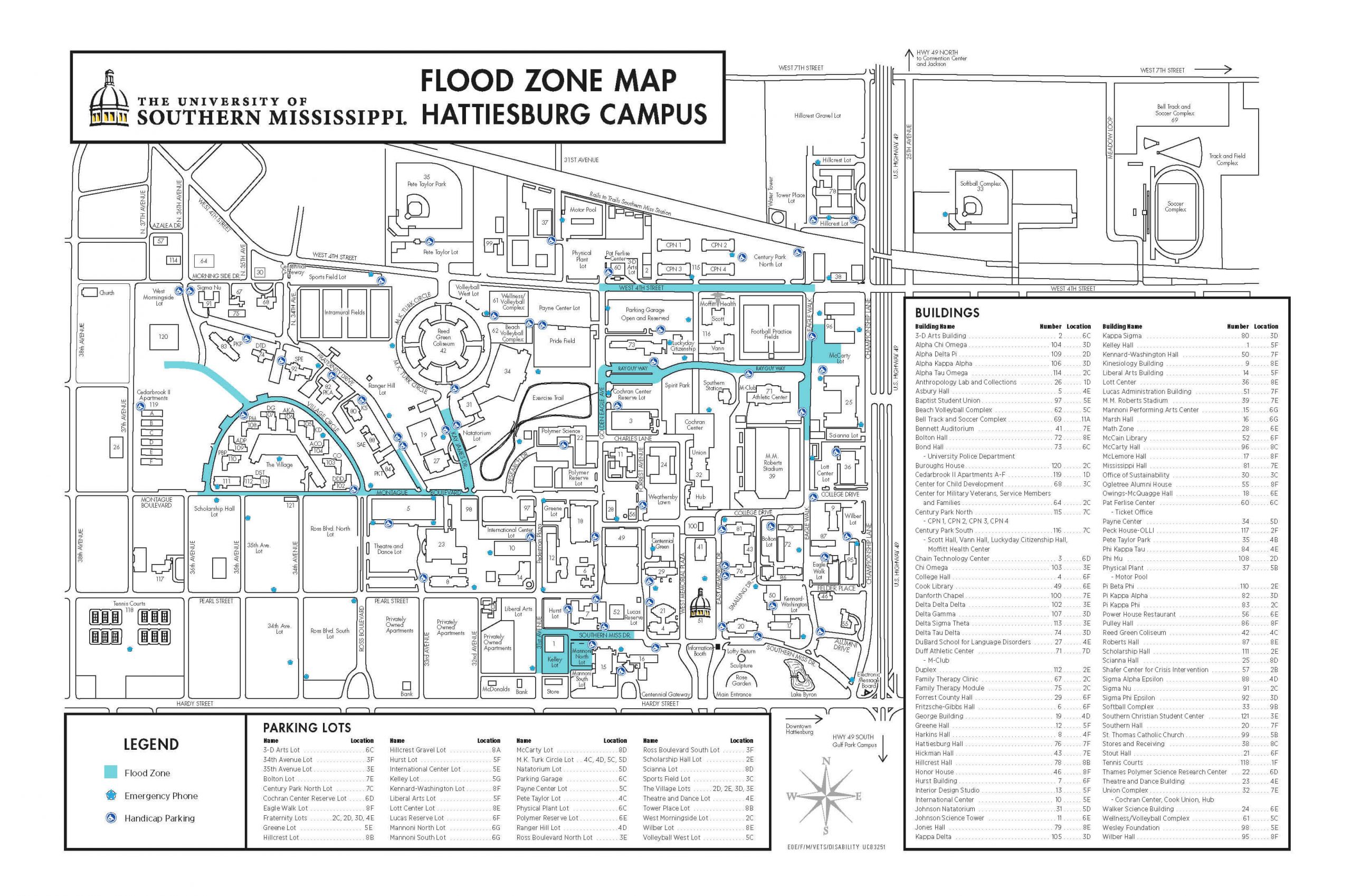 Motorists on the Gulf Park campus in Long Beach should be aware of potential flood damage to parked vehicles at the shared parking lot with St. Thomas the Apostle Catholic Church on the west side of campus, along Beach Park Place, as well as the four-way stop at Bear Point and Gulf Park drives.
(Click image to enlarge) 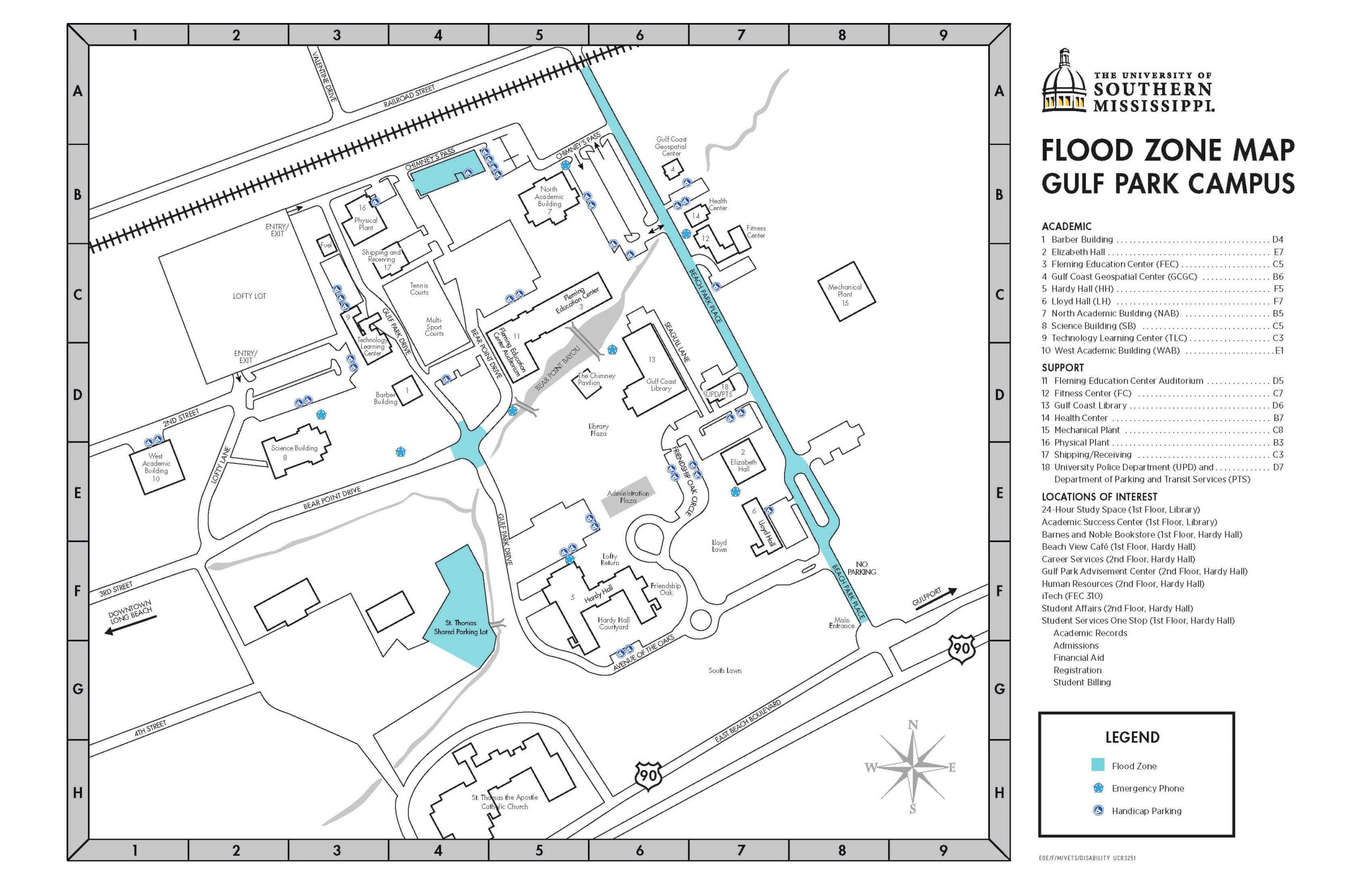